(Today, I remembered I had a blog.  There is no excuse for my absence; I have plenty to say (shocker) but procrastination rears its ugly head and I put it off a day...and then another....and yet another until six months and some change have gone by. Heed my warning...procrastinate procrastinating.)


As you may know, I'm an avid listener of NPR.  It keeps me awake and helps pass the time. Music days are necessary sometimes to help raise my spirits but for the most part I stick to NPR. "On Point with Tom Ashbrook" is one of my favorite programs, they cover a variety of topics and also allow for people to call in (as I did here ) Over the last several years I've become fond of specific caller who mainly calls in for political topics.  Every time I hear them say "Let's go to the phone lines, Carl in Nashville, what's on your mind." I yell out..."CARL!!" Carl is an older gentleman and we tend to share the same opinions on a lot of things so whenever I hear that he's about to come on, I get excited.  It's like we're friends, sort of, except we have never met nor spoken and he doesn't even know I exist. But I always get excited to hear his perspective.  Carl called in today...and it basically made my morning!  Good hearing from you, as usual, Carl!
Posted by MrsSki at 12:31 PM No comments:

Oh, Friday Fragments, how I've missed you!!  If like me you need some fragments in your week head on over to Mrs. 4444's home (not her literal home, of course, her internet home) and check it out!

-I bought five jugs of milk the other day. As I was putting them away Mr. Ski walks in and as he curiously watches me put them in order of expiration and file some away in the freezer he tentatively asks..."Is there something you know that I don't?" Ha! Nope, except that the milk was on sale and I heard about this dairy bill that was supposed to expire and if it does then milk prices are going to go up a lot. That was on Monday...after a quick google search just now, I learned that they extended the bill which prevented the rise of milk prices. Hmph. Well, at least I won't have to buy milk for awhile. 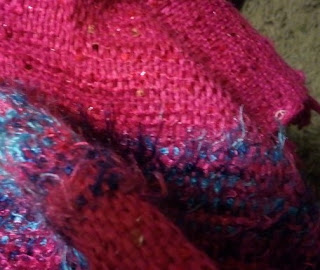 -My mom gave me a beautiful pink scarf for my birthday (I had a streak of pink in my hair and she thought it would match perfectly. And it did!).  My mom knits so I just assumed she had knitted it; as I was showing it to a girlfriend of mine who is a beginning knitter I told her that my mom had made it.  "Wow!" she said "The girls at the salon would be jealous of how good your mom can knit!"  I know, she makes baby blankets too! As I was folding the scarf to put it back in the box I noticed a tag...Made in Thailand. Oh.  I guess that's what I get for assuming.

-I got a new (to me) car a little over two months ago. I named her Florence. She is so pretty and once while waiting my turn at a stop light I thought she had died (she hadn't) because she is so darn quiet. I love her.

-Florence and I got rear ended last week. Ha, figures right? Just as soon as I have something updated and pretty to drive around in...BAM! I get hit! It could have been a lot worse though...there were no injuries, minor damage and the guy who hit me had insurance so they are fixing Florence and making her all pretty again! Yay! I'm pretty sure as far as accidents go I lucked out BIG TIME!

Hope you have a splendid weekend. 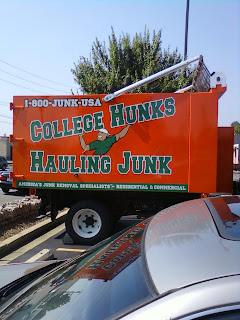 I wonder whose job it is to deem them "hunks"?

Mr. Ski and I went to the gym tonight, suprisingly it wasn't as busy as I expected it to be. We had both chosen activities that would keep us away from the ellipticals and weights as we thought that was where most of the "I'm losing weight" resolution-ers would be. He went to an Intro to Tai Chi and Tai Chi course while I decided to swim some laps.

Having not swam in a few months tonight wasn't so encouraging but I just kept swimming despite the fact that I was out of breath after the first fifty yards. When I started I had no goal, I think I swam right around 800 yards with five minutes of treading water (alternating arms and legs, arms out of the water and just arms). Now that I have a base, I can build from here.

It felt strangely familiar to be back in the pool swimming timed hundreds; especially after I would finish a hundred and would be out of breath watching the clock tick my rest period away. It reminded me so much of high school swim team practice...those rest periods were the best! It was our chance to talk after an easy set or when hard sets preceded the rest (if we got any) we would all breathe heavy together while watching the clock...oh gosh, that sounds weird I promise it wasn't as weird as it sounds.  Swim team was the only team I have ever belonged to; I'm not much of a team sports kind of girl so swimming was perfect for me I got the bonus of being around a lot of people but with mostly independent competition, a few group races and the opportunity to cheer with others for a common win. Not to toot my own horn...but BEEP, BEEP, BEEP, BEEP, BEEP! (Haha! Of course, I toot my own horn...this is a blog, isn't that the general purpose?:o) I was a pretty good swimmer in high school; I made it to State a few years and like to think that I would have gone further (at least tried out at my college) had I not had to have open heart surgery my senior year. But mostly from those days I miss hanging out with my best friends; oh my goodness, we had so much fun and there are endless memories of those days that all come rushing back when I swim laps.

I don't do resolutions.

But tonight as I responded "you too" to the cashier at the theater when she told me to "enjoy my movie." I realized how unauthentic I had become when communicating with strangers.

"It's habit," Mr. Ski assured me but something within me had changed after that realization because I wasn't really listening to what she was saying but more I was hearing what I assumed I would hear. So I declared 2013 would be my year of being more authentic, listening more and talking not just to talk but to communicate.  Instead of saying the usual 'fine' whenever someone asks how I'm doing, I'm going to tell them exactly how I'm doing; good or bad. On second thought the general population may not appreciate my new found desire to be authentic as I'm not always in the most greatest of moods. Although, it may teach people to only ask how someone is doing if they really care. :o)

So how am I today? Today has been a day full of some of my favorite things:
Sleeping in
Eating husband prepared homemade breakfast
Watching The Nanny (I LOVE Fran Drescher!)
Cleaning (not a favorite thing but necessary)
Seeing Les Miserables with my love.
And a piece of peanut butter chocolate fudge.

Posted by MrsSki at 9:49 PM No comments:

While listening to Mr. Ski sing a little tune the other day I joined in...as it is an oldie.  It wasn't until I started singing along that he paused and said:

Then we tried to figure out what that song is all about and after the joint effort we are still clueless.


Now I sing it his way because it's just funnier than the original.

There are tons of things about Mr. Ski that make me happy; my favorite though...he never fails to keep me smiling.
Posted by MrsSki at 2:54 PM No comments:

Grr. I don't feel like I can post these on any other social outlet besides this blog solely because I don't want any one "offender" to think it's specifically referring to them.  I've tried waiting around until one of the many "offenders" didn't post anything but guess what...that never happened! Oh, Facebook, and the problems you carry. First world problems, I know.  Sidebar: I am seriously considering canning FB until after the election. Drives. Me. Nuts. Anyways, moving along.

That's enough of negativity, though. I just needed to get that out.  I need to write more, I've been bottled up about a lot of things lately and I really don't want to step on any toes. (Because really is it my business to tell someone what opportunities to take or not (or how to edit their photos?)  if they are only trying to provide for their family? No, it's not.) Shew, I feel better already.  There are a certainly a few other letters I need to write to get things off my chest but for now "that'll do pig". (Can you name that movie? Answer: "Babe")

And just so you have something to laugh off all this negativity with check out: www.http://youarenotaphotographer.com/