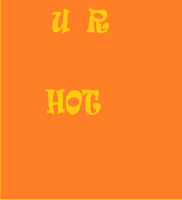 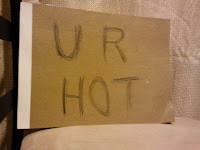 So I decide I'll come blog today and then spend 15 minutes trying to figure out how to start a post!  No, it's not because I've been away for so long (67 days, eek) that I've forgotten, it's because blogger (the back side) is TOTALLY different these days and because I've been absent for so long I don't even know when it changed over.

Because of those changes and my need to address them, I'll give you a brief update of the last 2 months instead of the previously planned entry.

I passed my tests!! YAY!  I was so relieved; I don't know my score...oddly enough, they only give you your score if you fail so I'm not too bummed that I don't know them. Shortly after passing I received my license in the mail and it was official, I am insurance agent. (Please don't throw things at me without reading the next sentence.) Who will probably never sell insurance. Ha!  I have no desire to be an agent nor is it necessary for the job I have now but my boss felt that the training and certification would be nice to have, which I think was pretty cool of him.

(I just had to get out my phone to see what happened during March because the calendar only has birthdays, haha, probably nothing too spectacular if I can't remember it!)

Actually my tests were in March so that takes care of the spectacular part!  You know, future Mrs. Ski will be ticked at my poor attempt at blogging in 2012.  She'll be like "What the hell!?" and then she'll see this post and be like "You couldn't even think of what you did during the months you skipped?!  That's why you should keep notes. Or a journal. Or a blog."

I do know something I've done well over the last two months, though.  I've been an absolute champ at gaining weight!  And for no reason that would indicate the weight gain need be intentional. i.e. health in jeopardy due to lack of crab cakes or even better a bun in the oven.  But regretfully I have gained back ALL of the weight I lost aside from 9 pounds.  And I'm disgusted with myself. I even have a few angry tears because of this fact (if only tears were considered as fat crying too, I'd be set).  I had been on a good routine over the last few weeks or so, exercising with Mr. Ski (sometimes very begrudgingly) and actually watching and counting (sometimes) calories so imagine my disgust this morning when I got on the scale and had gained FOUR pounds in the past 23 days! GRR.
*Note to self: Do not read this paragraph more than a few times as it only makes even angrier.  Or maybe, read this paragraph when your staring down the bacon cheeseburger on the menu. Good plan.

Of course, it wouldn't be an update without car trouble and I definitely had my share over the past few months. I had to consider throwing in Joan's towel and finding something new (to me) but I really didn't want to, the car is paid off and sure, we've tenderly resentfully poured close to $3,000 into her; which is roughly $250 a month and I can't imagine being able to find a car any more reliable for less than $250 a month!  So, Joan with her cracked windshield and spotty paint on the hood and me with my extra 30 pounds and in serious need of eyebrow waxing are still chugging along.

Lastly, it is now with great pride and pleasure that I announce that tomorrow is Mr. Ski's very last final as a special education major!  I cannot believe that it's here already!!  He still has two classes to take this summer for his pre-professional program but will be all done with his special education degree in July!!  I cannot wait to see him walk across that stage...heck, I'm already crying thinking about it!  I am so ridiculously proud of him and the way he approached this new chapter in his life because frankly, he kicked college's ass!