Why I don't eat warm pineapple...

Easter was a big deal growing up. It meant new dresses, white shoes and a floppy pink hat.

It also meant Easter Eve Lunch at Pawpaw and Grammy's. The table filled with all of Grammy's most popular endeavors...deviled eggs, green beans, mashed potatoes, squash casserole, cole slaw (are you salivating yet? I am.), fresh rolls and a ham. A giant honey-baked ham with large, yellow rings of pineapple stuck all over with tooth picks.

Those pineapples were my absolute favorite part of Easter Eve Lunch and Grammy would always set them aside for me. My cousins from Memphis were in town and I was sitting with my two younger cousins on the front porch while enjoying every bite of those warm pineapple rings. Unaware of the havoc they would later bring.

12 hours later, disaster struck. I lurched awake. Every cell inside my body was revolting and demanded me to let it out. I began to run down the hallway, vomit leaking out as I gagged. I finally made it to the bathroom and couldn't keep it inside anymore. I threw up on the bathroom floor and then made it to the the toilet where I continued to retch.

Preface: My father doesn't like sticky, slimey, gooey, or slick substances. Do you see where this is going? No? You will...

Upon hearing the horrible sounds that I'm sure I was omitting my parents came running. Mom came in first place and slid (literally) into the bathroom to my rescue, not even noticing she just slid in vomit (she's a nurse - gross comes with the territory). Dad came in a close second and slid (twice) in after her, cringing because of the slime and banging his leg on the cabinet which resulted in a "SHHH!" While I know he was concerned about me and the fact that I was sick, I could tell he was obsessed with the throw up on his pajama pants. I felt so bad. But couldn't help but laugh at his grossed out antics. He definitely took my mind off of how awful I was feeling and replaced that with laughter, something my dad is really good at doing. Thankfully, I married someone who also would rather see me laugh than cry or be sick. For me....laughter is the best medicine.

I didn't get to wear my new dress, white shoes or pink floppy hat that year. I remained in the recliner in my (clean) night gown sipping clear soda and eating saltines for Easter Sunday that year. And I haven't eaten warm pineapple since.

*Mom and I still joke about the look on Dad's face when he came sliding into the rescue! (Keep in mind that this is the man who didn't even flinch until after he wrangled a really long black snake out of his car.) And a little vomit gets him down....it's pretty hilarious to me! Love you Dad.
Posted by MrsSki at 1:34 AM 1 comment:

I am a creature of habit. (A.k.a. the post where I talk about the things I do repetitively. This post is shaping up to be only about a toilet. Wow. My blogging is literally going down the, umm toilet.)

I have used the same restroom stall at work since I started there over 3 years ago. There are only two stalls and my coworker uses one stall(the other stall), I use my stall and it works out to be a happy little arrangement. Except for three life altering (I'm feeling dramatic today) times.

The first time was because the water was off in the building and I had already used my stall and knew that the other stall had at least one more flush left. Score. (My coworker was out that day or I would have left that flush for her...I'm not that selfish.) Sidebar: having to drive down the street to Sonic to use the restroom got really annoying by the second full day of having no water.

The second time was yesterday. That stall is just odd (read: new) to me....it's too narrow and just doesn't feel right. So you can imagine my horror when my coworker told me that my toilet would be out of service today...which brings me to the third time I've used the other stall.

The third visit is not memorable. Which probably means that I have already blocked out having to endure change. Lucky for me and my aversion to change, the plumber arrived shortly after and all is well once again in the female work bathroom.

Obviously the following equation is true: me + change = not friends
Haha, that reminded me of a joke. "Dear Math, grow up and solve your own problems."

Oh wow....I'm floored that this sad excuse for a post is all I could muster today.


By a thirty-five year old momma's boy, who has most likely turned his mom's basement into his video-gaming lair.**


He had long curly (read: frizzy) hair that was pulled back in a ponytail.


Why do these things happen to me?!


I should really write a book about all the craziness I see on my commute.


*It was not an official military salute (trust me, I do know what those look like). He touched his forehead (in similar salute form) but when he drew his hand down he did it with his palm up, kind of resembling figure skater hands....gracefully.

**Generalization...ehhhh...maybe....make that definitely. So sorry if that caused offense. (I could be the only blogger to apologize to her potential 35 year old video-gaming momma boy readers. Ha.)
Posted by MrsSki at 8:48 PM No comments:

Meerkats are so funny. They were by far our favorite exhibit at the zoo. 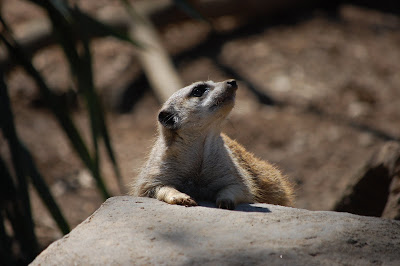 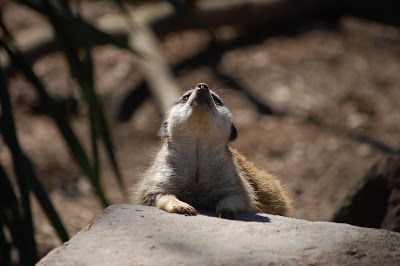 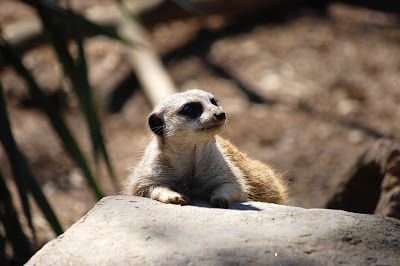 "I refuse to believe what you are saying." 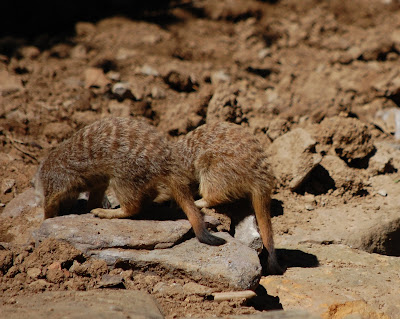 "You mean digging these holes won't get us anywhere?! 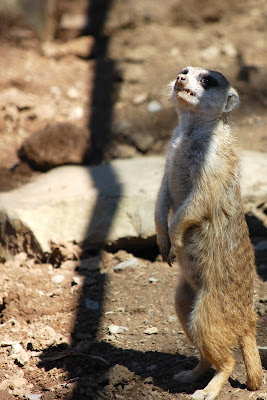 "You do know that I will not hesitate to gnaw on your leg, right? Is your tetanus current?"
Posted by MrsSki at 7:39 PM 2 comments: