ABC's...they really are what it's all about! 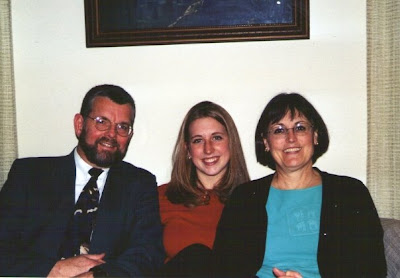 Or is that the hokey pokey? Regardless, for this post it's the ABC's! I have a hard time figuring out if I'm a daddy's girl or a mommy's girl so I usually claim to be both. I have an amazing relationship with both of my parents (yes, I know I'm very blessed) and I spent a lot of time with my dad once all my sister's were grown up. I hung out with my mom a lot too but since my dad was a teacher and had the liberty of picking me up from school and having summers off with me we spent a lot of time together. We went to flea markets and junk yards, auto auctions and various home improvement stores needless to say we drove a lot... and during our times in the car we often played games. My favorite being the ABC game...you know the one...A in Holiday, B in Breakfast, C in Continental and so forth. I remember one ABC game clearly...we were driving home from somewhere and we were both stuck on the dreaded "Z" when I decided that I would start over (mainly out of boredom) I was on R or S when I saw it "AuthoriZed vehicles only." "Z in Authorized!!!" I shouted, ecstatic with my victory. Dad admitted defeat without even mentioning that I had started over and wasn't even back on Z yet. Had I been playing with anyone else they probably wouldn't let me claim my victory...but not Dad. Dad let me have that small victory and obviously it meant a lot to me considering I'm blogging about it 18 years later. I don't know what it's like to be a parent, maybe I never will know, but I hope that if it is possible I'm able to be as loving, unselfish, and ever-present for my kids as my parents were for me. I wouldn't trade being my Dad's tag along for anything, he might though considering he rarely ever won at the ABC game! :)
Posted by MrsSki at 1:59 PM