Firstly can you tell that I'm ADHD?! Most of my posts are random ramblings that just happen to pop in my head. So here we go.

Mr. Ski has very sensitive skin. Once a month for the last 6 months (maybe more) he gets these bumps on his legs that start out looking like a pimple or maybe an ingrown hair and end up looking like a really bad spider bite, black in the middle, red all around and raised plus he tells me they hurt REALLY bad so bad that it's a chore for him to walk on it. For awhile he would go to the doctor and they would tell him it was a spider bite and give him antibiotics but he got one a month ago and they cultured it and found that it was a staph infection and could possibly be MRSA...SCARY! Another spot turned up this past weekend and man did it look painful. One the kids at the lineman camp he was at most of the weekend asked him who kicked him (I thought that was cute)! He went to sick call this morning instead of going to the ER, better to be seen by someone who's seen him before when he's had this issue. They cultured this one as well (apparently that was very painful) and put him on antibiotics. The one bit of good news from that visit was that it is not MRSA!! Woot! Woot! Let's hope this round goes away quickly and he doesn't have another episode next month.

Mr. Ski was away at a football camp Friday night so I went to the Prege's house to visit. We (Mrs. Prege and I) had the great idea to go slip n' sliding at 2 in the morning. Needless to say my back is still covered in scratches for slipping off the plastic. OUCH!

I am shopping for a camera. It has been a daunting task. As soon as I find what I want I either get a recommendation for something else or get sent to a website that does a breakdown of all the DSLR's on the market. GEEZE! I'm ready to buy this thing already. But I also don't want to jump the gun and make a bad decision. It's a lot of money so I'm trying to be extra cautious. 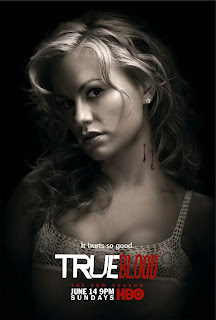 We have found a new series. Not new to anyone who has HBO but new to us. We have fallen in love with True Blood. I'm a Twilight fan (read the books and have seen the movie) and I've read 3 of the 5 House of Night books and love them but True Blood is great and has a completely different twist on vampires! Plus, we really enjoy watching seasons on dvd because 1. there's no commercials and 2. we usually watch them back to back to back until the season's complete. This was great for us because Mr. Ski's leg was so bad yesterday he had to keep it elevated and what better way to further enjoy a day at home than to watch a dvd series?! And you know I love vampire sagas...but not as much as I love my favorite vampire slayer, BUFFY!!!

I went and got a pedicure today...my first one in 2009. I should be ashamed to admit that this was my first pedicure of the year but I'm not. I'm cheap! REALLY cheap! My favorite part of the pedicure is the leg massage and the massaging chair. This chair was unlike any other, it was good but every once in awhile there was a ball or something that would push up your butt and not gently either! That was uncomfortable! Luckily you could turn that feature off. After I turned mine off my attention was drawn to a girl sitting across from me who had just started her pedi, she turned beet red and I knew why!! The guy doing her pedi had to turn it off for her. She probably felt violated by that chair! I know I did!

So there are a couple reasons that I prefer winter to summer. Don't get me wrong I love the warm weather and the wearing of flip flops but really I'm a pretty hot natured individual which means I get irritated much more easily during the summer. Here's the two reasons I like winter better: 1. If a leave a drink in the car over night it stays cold. (Mr. Ski cracks up when winter comes around and usually beats me to saying it "I love winter, it keeps my drinks cold!" I told him that when we first began dating and he won't let me live it down...but it's TRUE!) 2. It is very easy for me to take a nap in my car during the work day. Right now the only way I can take a nap in the car is if it's been raining all day long otherwise it's entirely too hot! That's a bummer! Those 20 minute naps really improve my focus. I need to move to Spain, siestas are required there!


Random Fact About Me:
I must listen to NPR or talk on the phone during my commute. Music puts me to sleep! I've learned that I have to have someone who talks to me and usually NPR gives me all that I need without making my phone bill sky flipping high!
Posted by MrsSki at 2:56 PM